The public had the opportunity to see and operate HATSUNE MIKU by iDoll X Nendoroid themselves at Wonder Festival 2016 (Winter), Japan’s largest tradeshow for molded products, which was held at Makuhari Messe in the Greater Tokyo area on Feb. 7.
GCS demonstrated the doll and had it exhibited at its Nendoroid 10th Anniversary booth during the event. 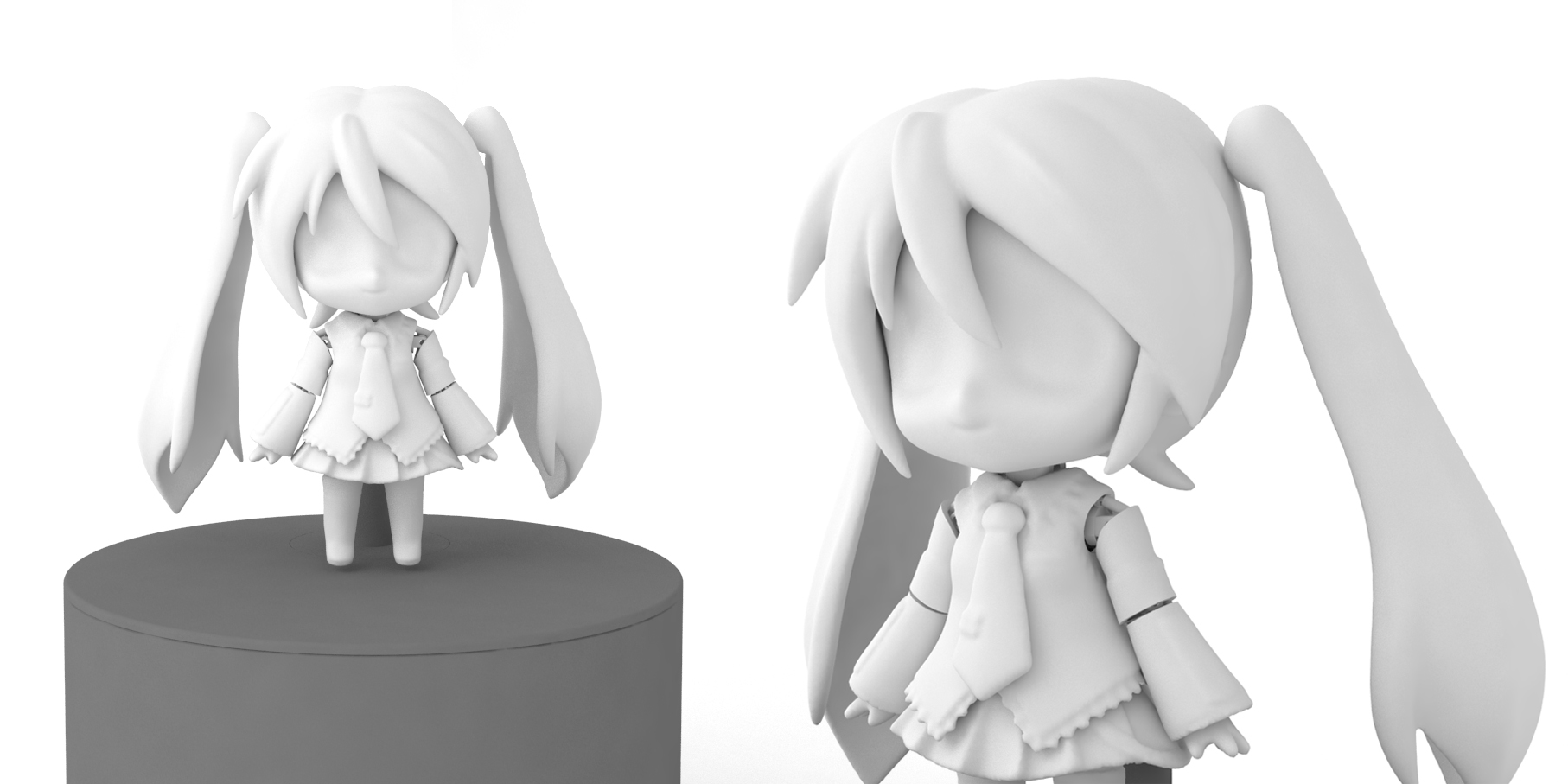 Launched on Feb. 1, 2016, the website for “HATSUNE MIKU by iDoll X Nendoroid” features a video introducing the product. Product updates are available on the website.
URL : http://idoll.tokyo/3939/

iDoll is a palm-sized robotic doll developed by Yukai Engineering.
iDoll can dance and make various movements while greeting and telling jokes to people.
Yukai Engineering created the product as a device people can use to “replay” physical movements on demand and enjoy them just as they would enjoy music and videos on a DVD player.
Hysical movements just concept is to create a device to enjoy the movement.
URL ： http://idoll.tokyo/

Yukai Engineering is a Tokyo-based robotics start-up with extensive experience in IoT device development.
The line of IoT products ranges from a social robot Coconatch to a physical computing took kit called Konashi.
In 2014, Yukai released BOCCO, a communication robot designed to help bring families together, followed by the commercialization of iDoll in 2015.
Products that Yukai jointly developed with other companies include necomimi, a communication device with fake cat ears that move in sync with the user’s brainwaves, and an interactive clothing hanger called teamLabHanger.
Yukai won a 2015 Good Design Award for BOCCO.
Corporate website ： http://ux_xu.com/

Good Smile Company (GSC) is a Tokyo-based figure and toy developer and manufacturer.
Plans, creates, and manufactures figurines and toys.
The company is best known for its Nendoroid figure series, which was launched in 2006. Under the Nendoroid banner, the company has adapted various Anime, game and cartoon characters to manufacture collaborative products.
The Nendoroid series marked its 10th anniversary February 2016.
Corporate website ： http://www.goodsmile.info/

Hatsune Miku is a persona assigned to the singing voice for Crypton Future Media, Inc.’s singing sythesizer software.
The software, which is also called Hatsune Miku, allows users to input lyrics and melodies to create songs.
Hatsune Miku sparked a recording boom among amateur creators, many of whom shared their songs online. Hatsune Miku has also grown immensely popular as a fictional character and has been adapted for various products.
There are also many live concerts featuring Hatsune Miku has a hologram singing sensation.
Adapted for various products as well as for hologram live concerts.
All rights for Hatsune Miku belongs to Crypton Future Media, Inc.
Official website : http://piapro.net